I'm sure some people will still not believe a few of our facts, regardless of the purpose of this page being to only state facts. If you do want to check for yourself, please ensure your sources are reliable and not a random forum post/blog, which is based on opinion that absolutely anyone could write. Here is a list of reliable resources for you to peruse at your leisure should you have any queries.

#IBDSuperHeroes is dedicated to sharing factual information. All facts are checked more than once to ensure their reliability.

For more information about Crohn’s Disease and Ulcerative Colitis, visit the #IBDSuperHeroes “About IBD” page. 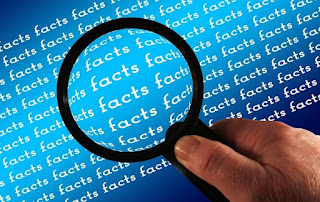 IBD is not like, or in any way related to, IBS
Irritable Bowel Syndrome (IBS) is a common condition that affects the digestive system without any evidence of underlying damage. Inflammatory Bowel Disease (IBD) is an autoimmune disease which attacks the healthy cells in your body, specifically throughout the digestive tract (in Crohn’s Disease) and the intestine (in Ulcerative Colitis), causing damage which is often irreversible and may result in surgery to remove the parts which are the worst affected.

Standard tests such as blood tests and stool samples do NOT definitively diagnose a flare
Many patients will tell you that while their blood tests and stool sample results may come back within “normal margins”, their disease still may actually be currently active. There are a number of other ways to determine whether a patient is flaring such as colonoscopy, MRI, barium X-ray and flexi-sigmoidoscopy and biopsies.

Diverting waste via Ileostomy or Colostomy does not mean you can eat whatever you want
Issues with scar tissue, leftover disease, strictures in the intestine or stoma stricture or prolapse are all issues which could prevent the ostomate being able to eat everything and anything. Every ostomate is different, just like every IBD patient.

You can be flaring and NOT lose weight
People tend to believe that weight loss is a symptom of IBD being active. It is, but this does not mean that if you haven’t lost weight, or that if you have gained weight, that you are not flaring. There could be a number of reasons for weight gain during a flare, for example, many IBD sufferers often can’t eat as healthily as they would like because of their flare, so fruits and vegetables, which are full of fibre may be some of the foods the patient has to avoid to slow down the frequency and urgency of bowel movements.

You CAN be very sick without looking sick
There is a reason that Crohn’s Disease and Ulcerative Colitis are called invisible illnesses. It may be noticeable to someone close to you, that recognises the pain on your face even when you’re trying to cover it up, but to people in the street or people that you don’t see very regularly, it’s very easy to easy to mistake someone flaring with IBD for a “normal, healthy” person.

You can be very ill and NOT be in the hospital
Chronically ill people get used to dealing with a certain level of pain or discomfort regularly. It can be assumed that because someone is not in the hospital, is making it into work or is not screaming in pain that they are “not that sick”. It is only the same as those people that are diagnosed with high functioning depression, or alcoholism. The fact is, a lot of the time, a hospital can’t do anything for us anyway unless it’s been decided that surgery is the only option. Many sufferers function on a daily basis with the help of a bucket load of medication, which often includes a hefty dose of painkillers.

More than 16mg of Loperamide (Imodium) in a day will not leave every human constipated
According to NICE, the maximum dose of loperamide is 16 mg per day. This guidance is based on a normal healthy adult with their whole digestive system intact and is not the same for IBD patients, especially when they have part of their intestine removed. Many of these people take a lot more, plus other medications such as codeine to “slow things down” on a daily basis.


Ulcerative Colitis does NOT always ONLY affect the colon and present in a continuous pattern
Extent and distribution can also vary with time and treatment. Rectal sparing, discontinuity between sites, and patchy or focal changes within sites are recognised features of longstanding UC. See full blog here

IBD is NOT contagious
Crohn’s Disease and Ulcerative Colitis are not bacterial, fungal, or any other type of infection which can be passed on through any form of contact. See ‘About IBD’.

Ulcerative Colitis is not cured by removing the colon / Crohn's is NOT cured by resection
Technically ulcerative colitis has a list of symptoms. Removing the colon will remove the symptom caused by the ulcers in your colon, but all other symptoms and extra-intestinal manifestations remain. You also do not cure Crohn's by removing the part of the intestine which has active disease. Again the extra-intestinal manifestations remain and Crohn's Disease can come back in another part of the digestive tract. There may also be further issues caused by the surgery such as strictures, abscesses and excess scar tissue.

In IBD patients, the standard digestion time is NOT applicable
The speed at which food passes through a normal and healthy individual may be much slower than for those with IBD. This is why malabsorption can become a problem because food does not stay in the digestive system long enough to be absorbed properly. Those that have had parts of their intestine removed will be even quicker. A study by the Mayo Clinic in the 1980’s showed the average time food took to pass just through the colon was 33 hours for men and 47 hours for women. Remove the colon from the equation and you’ve lost a very large percentage of the overall time from mouth to excretion. Some of those with no colon, an ileostomy or a jpouch can start passing food they ate under an hour ago.

Diet and exercise will not cure Inflammatory Bowel Disease
See above - ”There is NO cure”. Many foods will exasperate symptoms – see Eating and Drinking with IBD. Due to the extra-intestinal manifestations which commonly occur in IBD, exercise isn't always even possible.