How we did at the #IBDSuperHeroes launch event!

We're really excited to announce that in just 5 hours at out official #IBDSuperHeroes launch event we raised a whopping £600!! 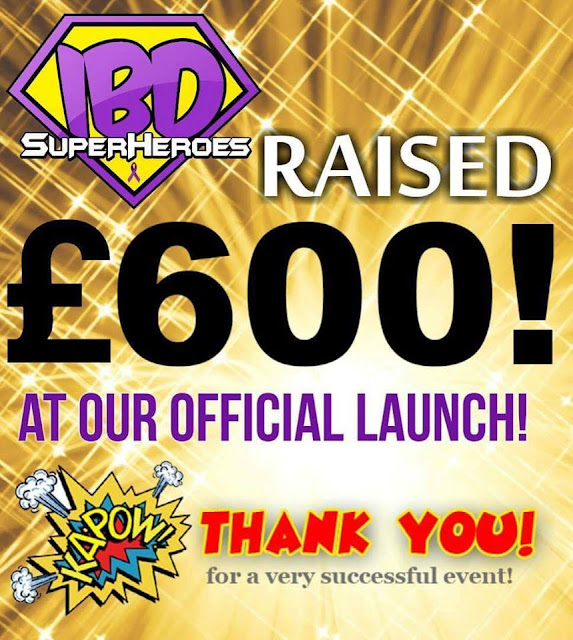 That takes our TEAM fundraising total up to £3,752!!
That's a MASSIVE amount & 100% of it goes to medical research via Cure Crohns & Colitis as the charity is run by voluntary staff!

To make a donation visit our JustGiving page or text CCSH90 £(donation amount) to 70070.

We are thrilled to announce that we have raised a whopping £3000 so far for Cure Crohn's and Colitis!! 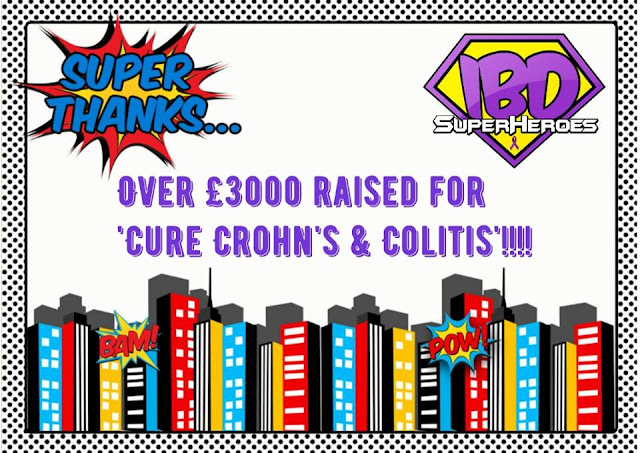 We look forward to seeing the total increasing with all the fundraising efforts this weekend at the Official #IBDSuperHeroes Launch on Sunday! 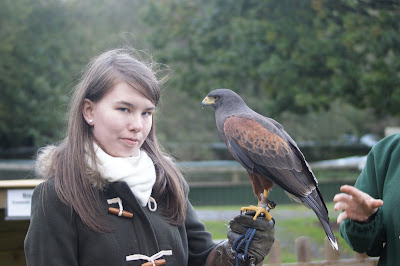 What year were you diagnosed and with which form of IBD?
I was diagnosed in 2012 with Crohn's Disease.

Have you identified anything that triggers you, and if so what?
I find that salad foods and raw fruit are big triggers for my symptoms and have to be avoided during a flare up.

Highlight an invisible symptom of inflammatory bowel disease which you feel affects you:
For me this has to be pain, as I don't really remember what its like to wake up and not be in some level of it. Pain cannot be measured by others and is subjective, so when we say we're in agony, people think we're exaggerating or that we just want sympathy, but IBDers really do suffer with agonizing pain and its not just in our stomachs, its everywhere, not even our minds escape. Being in pain in every part of your body is exhausting, it drains every crumb of energy and it crushes your soul, but we fight on, we put on a smile and we get on with our day, and no one would know the crippling agony we face on both physical and emotional levels.

Name one thing you feel like you've learnt or gained since having Inflammatory Bowel Disease:
I have learnt not to sweat the small stuff and to be my own advocate. I know thats' a cliche but its true, I had to fight for years in order to get a diagnosis, I was told so many times that it was just one of those things, I had eating disorders thrown at me and was mocked by peers. At first, it tore me apart, I was young and impressionable, but then I realized that I knew I was right, and whatever anyone did they couldn't change that. So I stopped worrying about the silly comments and the ignorance, and set about fighting for what I needed. It's made me a very determined person and I no longer waste time on people or things that will drag me down.

What makes you an #IBDSuperHero?
To me, getting up each day and facing the world makes us all superheroes. IBDers deal with far more than healthy people will ever understand. We face a never-ending battle that we know we might not win, but we do it with our heads held high.Even the most ordinary task can be like climbing a mountain. Personally, I am proud to be an IBDer. I never know from one day to the next what Crohn's is going to throw at me but I face each day with determination, I may fall, but I always get up. Crohn's has won a battle or two, but we will win the war. 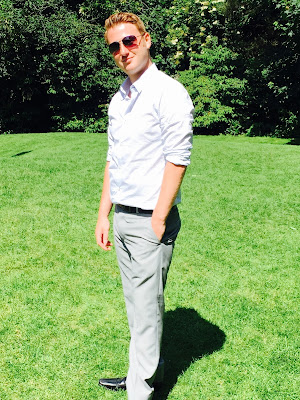 What year were you diagnosed and with which form of IBD?
Diagnosed 2011 with Perianal Crohns!

Have you identified anything that triggers you, and if so what?
Stress is a major thing for me!

Name one thing you feel like you’ve learnt or gained since having Inflammatory Bowel Disease:
I've gained my beautiful girlfriend, but also learnt not to take life for granted and have gained patience and knowledge that things will get better!

What makes you an #IBDSuperHero?
I'm proud to still be here n smiling being a "normal" weight! At times I've had multi surgeries in short amounts of time, and suffered with serious malnutrition, dropping to 7st 4 at times! With the help from my girlfriend and my closest family, I keep going and fighting to get back to normal!

I'm sure you've all heard by now that today, May 19th, is World IBD Day - a day for the WHOLE WORLD to raise funds and awareness of IBD and to celebrate the community of strong individuals battling Crohn's Disease and Ulcerative Colitis. 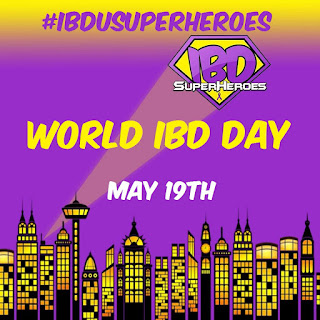 Back in #IBDSuperHeroes HQ we've been working really hard to think of ways to raise the profile of Inflammatory Bowel Disease on this very special day. We've arranged dress up days, Twibbons, Thunderclaps, headers and profile pictures and last but by no means least are launching our 'Your IBD Stories' section of the blog!

We will be posting a few of your stories today and then drip feeding the rest at regular intervals. These will also be shared across our social media platforms.

Fill in the following


Name:
What year were you diagnosed and with which form of IBD?
Have you identified anything that triggers you, and if so what?
Highlight an invisible symptom of Inflammatory Bowel Disease which you feel affects you:
Name one thing you feel like you’ve learnt or gained since having Inflammatory Bowel Disease:
What makes you an #IBDSuperHero? (Tell us what you're proud of achieving or times you've been particularly strong when you felt like crumbling etc)

Send your responses to ibdsuperheroes@gmail.com with the subject ‘BLOG CONTRIBUTION’

I hope you enjoy our new blog section!
Posted by IBDSuperHeroes No comments: 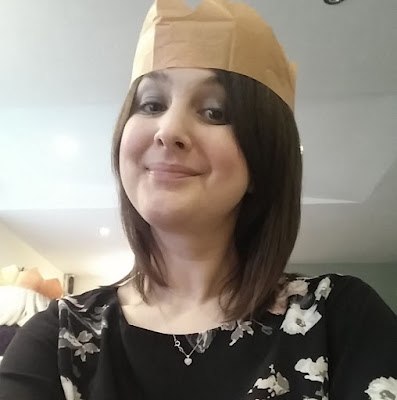 What year were you diagnosed and with which form of IBD?
June 2014  - Ulcerative Colitis

Have you identified anything that triggers you, and if so what?
I don't seem to have any triggers, I can go from feeling "fine" one day to totally rubbish the next.  The same with food, I can eat one thing and it not affect me then the next time I eat it, all hell breaks loose! Thanks body!!

Highlight an invisible symptom of Inflammatory Bowel Disease which you feel affects you:
Fatigue is the big one, it's completely different from being tired.  You go to bed, and get a fairly decent night's sleep but wake up feeling like you could sleep for another year.

Name one thing you feel like you’ve learnt or gained since having Inflammatory Bowel Disease:


I've learnt that I'm a lot stronger person than I thought I was.  That probably applies to a lot of people with chronic illness though, we just get on with whatever life throws at us.

What makes you an #IBDSuperHero?
I'm actually more confident now than I used to be, before I got UC there's no way I would have gone off to meet people I've met through the support groups.  I've met some incredible people and made friends for life.
The thing I'm most proud of  was last year I organised a sponsored walk across the Humber Bridge to raise money for CCUK, in total we raised over £1200 for the charity.

Find out how you can support #IBDSuperHeroes on World IBD Day

You may have been wondering how YOU can get involved on Thursday May 19th for World IBD day. Well below are a few of the things you can do to show your support!

We asked you to distribute these posters and get as many friends, colleagues and schools involved is possible. Thank you to all that did this! 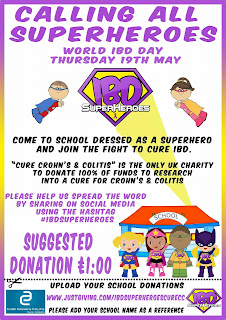 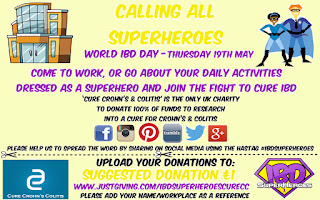 You can also JOIN OUR THUNDERCLAP and help get World IBD Day trending on May 19th! We've no doubt that some of you will be busy at work or recreationally so this will tweet or post on your Facebook / Tumblr on your behalf on May 19th! You won't even have to log in on the day, just pledge your support on the above link now! 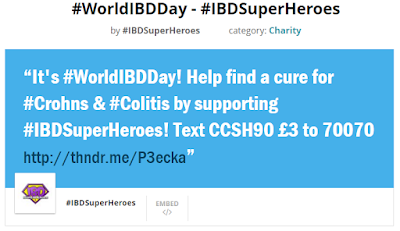 ADD OUR WORLD IBD DAY TWIBBON to your profile pictures! 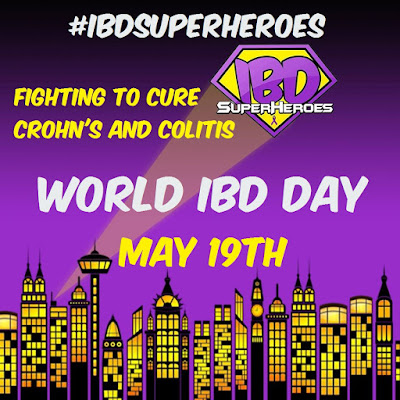 You can play a part in finding a cure for Crohn's and Colitis by donating now! Text CCSH90 £3 to 70070 or visit our JustGiving page

All money is invested in to medical research via Cure Crohn's and Colitis!